Belmount Hall is surrounded by beautiful Lakeland scenery offering a unique backdrop for capturing those very special moments. The views from the upper floors around the house and down the valley to Esthwaite water are spectacular and quite magical https://belmounthall.com/gallery-2/view-from-here/

We are proud to be customers of Lake District Farmers. This may sound like a ridiculous statement, but LDF are quite particular about the people to whom they supply, and the quality of their product is absolutely amazing.

I found them some years ago when I needed a large quantity of lamb loins for Loin of Lamb en Croute – a popular choice for our wedding clients… . I had asked our usual meat suppliers if they could supply these – it was probably last minute, and I should have known better – and was told that they couldn’t, but they knew somebody who could – LDF.

Placing an order today for Christmas, I was told the following story by Phil.

At about 8.30pm last evening, LDF received a phone call from one of their London chefs, asking if LDF could supply 120 litres of milk, as their milk supplier had let them down – or words to that effect. Once he had established that the chef was serious and that he knew that he was asking somebody in the Lake District to supply milk to London, Phil went to Barrow and bought the milk, only to discover on the way back that the chef wanted semi-skimmed, not whole milk. So, back to Barrow, to buy the correct milk, and this was duly put on the van, and driven down to London with the meat orders.

Phil asked the chef why he had not bought the milk in London, and was told that the only people that he knew to be reliable was ‘Lake District Farmers’, so gave them a call. I like that!

Dear Chris & Gillie,
We wanted to drop you a line to say thank you.
I have to say though, ‘thank you’ doesn’t really go far enough to express both our gratitude and happiness at how you and the team at Belmount made ‘our perfect day’ the ‘best day of our lives’. Everything was taken care of beyond our expectations from taking care of the unexpected requests of some of our more venerable guests, to taking care of one friend who took an impromptu snooze in the living room (we did take great pleasure in reminding him of his seemingly forgotten nap on your sofa).
In all honesty you both really did make our wedding day the best day of our lives, the food was amazing, the service was flawless, and the atmosphere was as if we were all part of your family. We both lost count of the number of our friends who told us ‘… that was the best wedding we have ever been to, no seriously it genuinely was the best wedding we have ever been to, Belmount is amazing and the people who took care of us were fantastic and so lovely.’ Everyone we have seen since the wedding, that was lucky enough to experience the day at Belmount, has recounted to us a story of their own about how lovely you all were or how they were taken care of in some special way. In fact I am sure there are one or two that are now planning to divorce just so they can marry again and hold the wedding at Belmount!!
The venue was amazing, the setting was perfect, the team were fantastic, and the food…. my only regret on the day was that my stomach has a finite capacity!! (I can still taste the food it was lovely!!!).
Both Bekki and I knew when we first met you both that Belmount was perfect, we didn’t expect it to be better than perfect which it was. We felt that our wedding was as important as if it had been the wedding of one of your own family, the kind of personal attention we knew we would never get from a large wedding venue or hotel, no matter how many stars or crowns they have on their name board, because stars on a board can never beat people who truly care and that is what you want on the most important day of your lives together and that is exactly what we got at Belmount.
We would love to drop in when we are next in the Lakes to say thanks in person if that’s OK because both of you and Belmount really now have such a special place in our hearts for making the first day of our lives the best day of our lives.
Kindest and warmest regards

Linking to a Photographers Blog is such a great way to showcase a Wedding at Belmount Hall. Each one is so very different and captured in so many different ways. Below is a link to Jenna Carpenter Photography who photographed the Wedding of Helen and Laurence Allwood.

You can’t beat looking at Wedding Photographs to really get a feel for a place. Take a look at pictures from James and Maria’s wedding which took place at Belmount Hall on 26th July 2014…

Dear Chris, Gillie and all the staff at Belmount,

Thank you so much for all your hard work towards making our wedding the perfect day. We really did have an incredible time, which was down to not only your beautiful house and the stunning setting, but also to yourselves and the fantastic staff at Belmount who ensured everything ran seamlessly (in particular Geoff and Gwen, who were beyond brilliant!). We hope you will have had time now to relax a little after a hectic summer, and I hope we will be able to return to Belmount someday in the future.

A really good way to get the feel for a Wedding at Belmount is to check out our Photographers corner. Click on any of the links and you will be taken  through to their blog showcasing the Belmount Wedding.

Like Loading...
Chris and Gillie,
The family and I returned to Kuwait safely…and I am just back from Istanbul –
My email serves as a huge thank you to you, your family and staff. The weekend was sensational, yes a great family get together was enjoyed by all made all the more enjoyable as your beautiful house, grounds and hospitality were of the highest order.
I have to congratulate you, the service levels were exemplary, rooms, venue and location added to the overall experience, which I can assure you was heartfelt throughout the immediate family and guests.
As a customer centric individual myself, I was left feeling totally welcomed and spoilt, nothing too much trouble and all with a warm and jovial smile.
In summary, the perfect family weekend in the most perfect setting with the best hosts I’ve ever experienced.
Your business template is 2nd to none, going the extra mile is easy to say but not always delivered – Chris you certainly delivered, well done and thank you to all involved.
Let’s keep in touch, we hope to reunite sometime in the future.
In the meantime, have a great day.
Regards
M, G, E & J 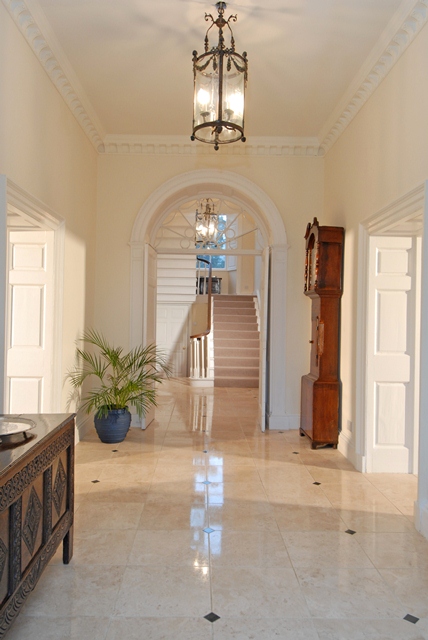 Rebeka’s main wish, as stated on arrival at Belmount on Friday afternoon, was that it would not be raining when she and Simon came out of the church. At that time on Friday, it did not look as though her wish could possibly be fulfilled. Heavy rain was forecast for most of the weekend.

Somehow the weather came right at the last minute. The bridesmaids had to run to the car in torrential rain, but fifteen minutes later, when Rebeka was due to leave, the skies had cleared (almost). Then, when they came out of Hawkshead Church, the sun came out!

From Rebeka while waiting at Hong Kong airport for their connection:-

Happy Tuesday ☀️
Pink sky at night overlooking the Lakes ✨
Lots of beatrixing to be done around the grounds this week.
We love to hear when guests have enjoyed their stay and explored the surroundings of Belmount Hall ☀️
Spotting the moon coming over Belmount Hall 🌕
Recent reviews from our guests ✨